Writer James Swift of Uncommon Journalism has graciously offered to pen some Sega-themed articles for the site. Thank you James

Unless you’ve been living under a rock trapped underneath an even larger rock, you’re probably well aware that the Super NES Classic mini-console just landed on store shelves. The 21-title system definitely has some superb games on it – from Super Mario World to Final Fantasy III to Street Fighter II Turbo – and that makes it impossible to not fantasize about the Genesis getting a loving microconsole tribute of its own.

Now, there have been several Genesis microconsoles released over the years, with many touting 80-plus games. Unfortunately, the consoles are all poor quality and only about three or four dozen games on the sets are actually ports of Sega Genesis games, while the rest are really crappy indie games with titles like Curling 2010 and, ugh, Mr. Balls. 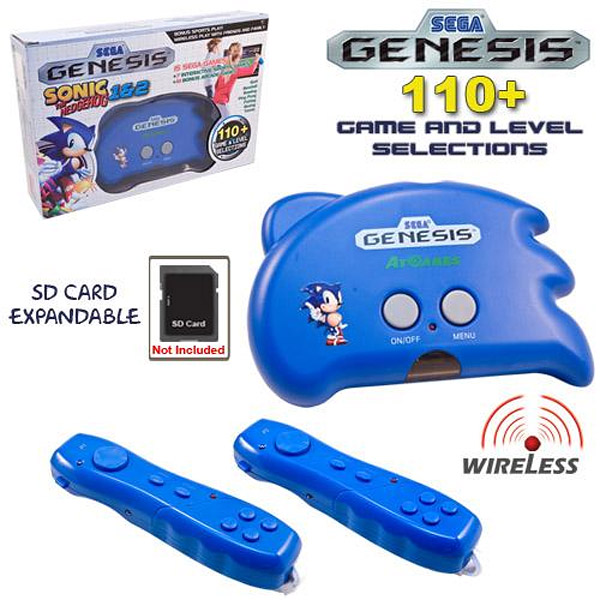 To date, the best collection of Sega Genesis games we’ve gotten ex post facto is the 2008 PS3 and Xbox360 compilation Sonic’s Ultimate Genesis Collection, itself a sequel to the 2006 PS2 and PSP comp Sega Genesis Collection. And while it is technologically possible for Sega to release a mini-Genesis with 100-plus games on it, for whatever reason they’ve shied away from doing so. Of course, by now we all know Sega’s upper brass aren’t exactly known for making the best business decisions, so you can’t say their willful refusal to give fans what they want is uncharacteristic on their part. 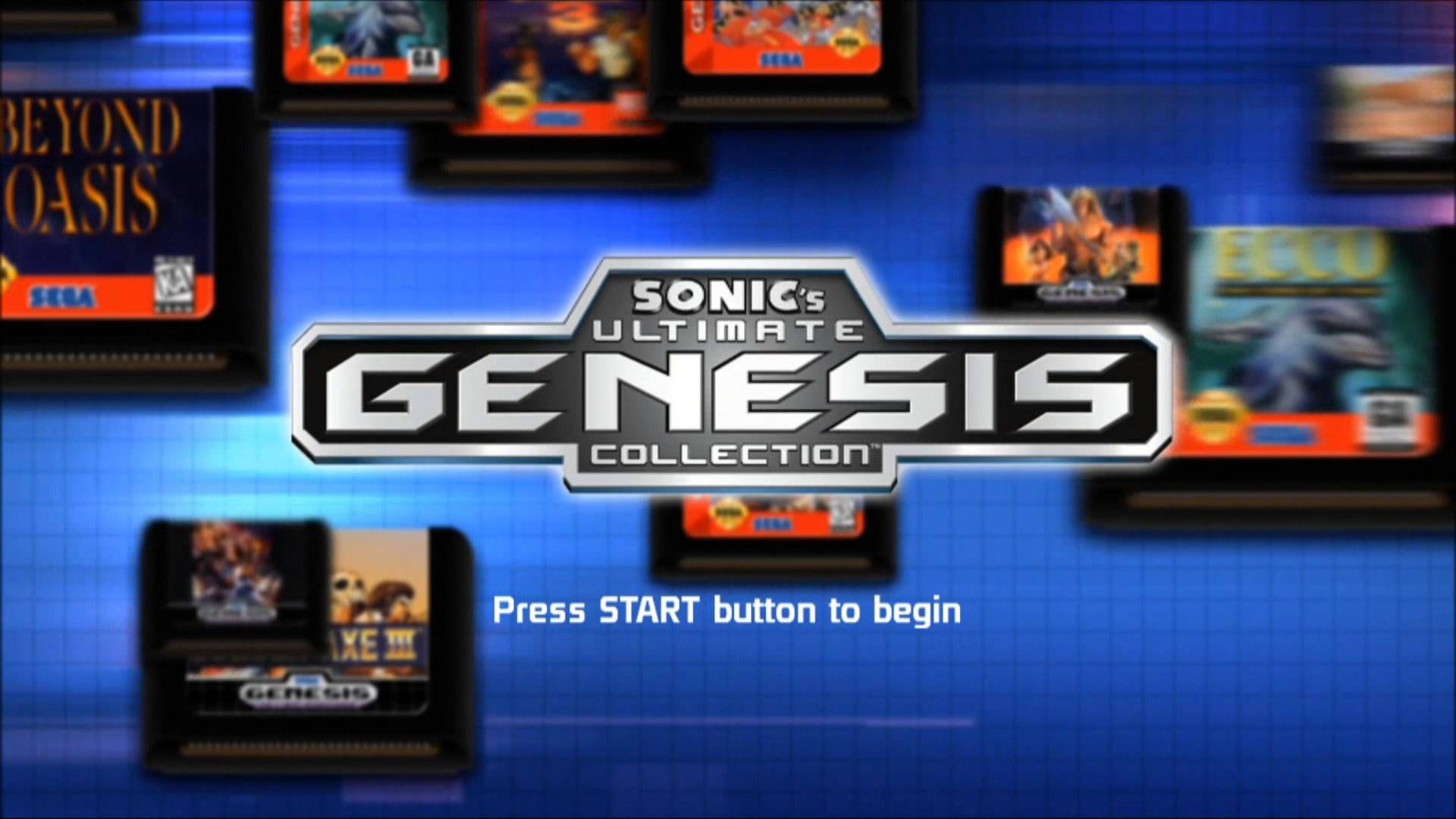 But for a moment, let’s say we, the readers and writers of Sega Does, were tasked with assembling a true Sega Genesis microconsole. One that would not only compete with the Super NES Classic Edition, but seek to outclass it in every way. We’ve easily got enough space for more than 100 games, but which games would we include on the unit?

Before we compile the list, a few caveats. First, this can ONLY include Sega Genesis games, so no SMS, Sega CD or 32X games are eligible for consideration. Secondly, we’re trying to be somewhat realistic, so that means no licensed games can be included – i.e., Madden, NBA Jam, or almost any game based on a TV show, cartoon, movie or comic book character. Thirdly, we’re just going to assume that third parties like Konami, EA and Capcom will be cool handing over the rights to their games. 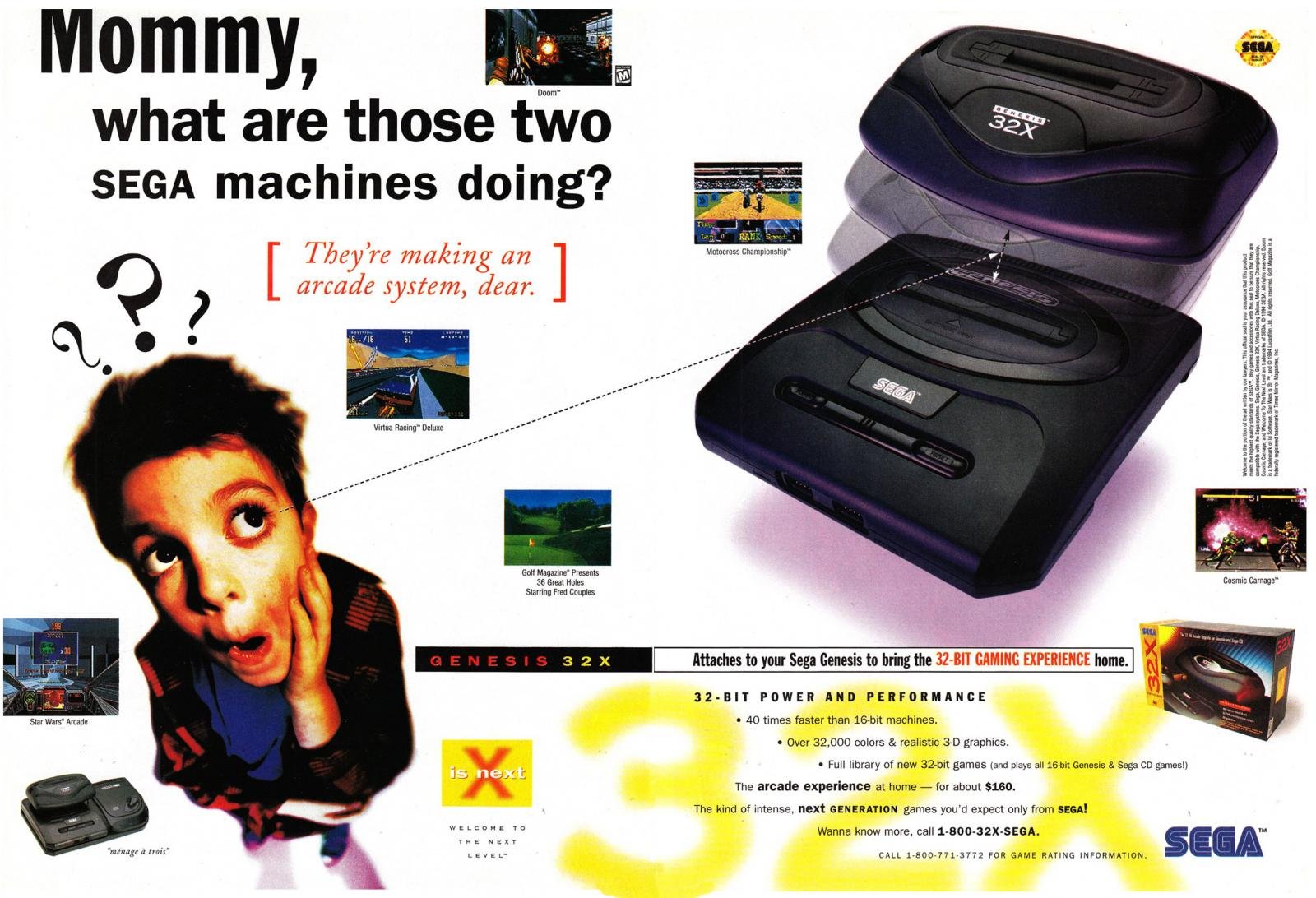 Our Genesis microconsole will be chaste and pure. No add-ons allowed.

For the sake of simplicity, we’ve tiered off the assortment of 100 or so games into 12 different categories, each one highlighting a distinct genre or common gameplay characteristic. Take a deep breath, this one might take us a while …

Well, it would be pretty dumb to release a Genesis mini without including the Sonic the Hedgehog games, wouldn’t it? All of the main series and spinoff Sonic games still remain under Sega’s stewardship, so there’s really no reason to not include all of the following games on the hardware:

Sonic & Knuckles – Complete with a virtual “Lock-On” feature that lets you play Sonic 2 with Knuckles and Sonic 3 & Knuckles.

Sonic Spinball – No one’s favorite, but it still deserves inclusion.

Dr. Robotnik’s Mean Bean Machine – A redressed version of Puyo Puyo, with quite possibly the catchiest music on the Genesis.

Ristar – Ok, technically Ristar isn’t a Sonic game, but it was made by Team Sonic and can be seen (gameplay-wise and aesthetically) as a spiritual Sonic successor.

Sonic might get all the attention, but there were plenty of other fantastic platformers on the Genesis. Of course, copyright laws bar the usage of several standout games (most notably, all of the Disney games, like Aladdin and Castle of Illusion), but there are still a ton of great hop-and-boppers we can add to the line-up:

Dynamite Headdy – Proof positive Treasure can do jumping as well as they do shooting.

Kid Chameleon – Imagine a version of Super Mario Bros. 3, only instead of turning into a frog or a flying raccoon, you turn into a tank and JASON VOORHEES from the Friday the 13th movies.

Mega Man: The Wily Wars – Updates of the first three Mega Man games, with 16-bit visuals, only harder and with better controls. Why Capcom never gave this a retail release in the U.S. is beyond me.

Pulseman – A Sega Channel exclusive that’s pretty much the perfect amalgamation of Sonic and Mega Man; designed by Game Freak, who would later go on to create Pokemon.

Rocket Knight Adventures / Sparkster – A great double feature from Konami. Each game has an almost perfect combination of platforming goodness and side-scrolling action.

Todd’s Adventures in Slime World – Not as good as the Lynx version, but still a fun game that was pretty much Super Metroid before Super Metroid.

Zombies Ate My Neighbors – One of the best top-down shooters on the Genesis and absolutely required playing near Halloween time.

Now this one’s a toughie. The Genesis was undoubtedly a better system for sports games than the SNES, but since the best genre titles all had official sports league and player’s association licenses, that means our hypothetical super-system can’t include Madden, NBA Jam or any of the NHL games (any boxing or wrestling games either, for that matter). That said, there are still a handful of top-notch sports games sans league approval that we can add to the mix, even if most of them are unorthodox selections:

Arch Rivals – A great arcade basketball port where you can punch opponents and pants ’em in front of an entire high school gymnasium.

Mutant League Football / Mutant League Hockey – The next best thing from E.A., since we can’t afford to include any Madden or NHL games.

Super Volleyball -The controls take awhile to get used to, but once you do, it’s surprisingly engrossing.

When most people think “fighting games” and “1990s,” they immediately think Street Fighter and Mortal Kombat. And while the Genesis certainly had those particular bases covered, they also had some standout fighters sans hadoukens and Goros:

ClayFighter – A shockingly competent parody of SFII and MK, featuring pastiches of Gumby and Frosty the Snowman.

Samurai Shodown – Not a tremendous port, but fun for what it is.

Time Killers – Kind of a crappy game, but the insane features, like the ability to knock your opponent’s limbs off, makes it worth going out of your way to experience.

Virtua Fighter 2 – A meh port, but the pseudo-polygonal graphics are still pretty impressive.

Weaponlord – The same premise as Time Killers, except it’s actually good; developed by Namco, thus making it something of an early SoulCalibur forerunner.

World Heroes – A fun SNK brawler featuring the most blatant Hulk Hogan clone of all-time as a playable character; virtually everybody else in the game looks like a bit player from a Dragon Ball Z ripoff.

While the SNES had Mario Kart and Top Gear, the Genesis upped the ante with a more diverse array of racers, from traditional sims to top-down arcade offerings to games where you don a pair of inline skates and try to hitch a ride on the back of old station wagons:

OutRun / OutRun 2019 / OutRunners / Turbo OutRun – Well, if you’re going to include the original, you might as well include its three sequels.

Outlander – A racing/shooter hybrid with side-scrolling action sequences, too; the best (unofficial) Mad Max game ever made.

Skitchin’ – The spiritual successor to Road Rash, only instead of racing on bikes, now you race on roller skates(!?!)

Virtua Racing – The 32X version was vastly superior, but the semi-3D visuals here aren’t too shabby.

Sometimes, you get tired of blowing stuff up and beating stuff up and spinning into robotic animals. If you’re looking for more cerebral fare – where grey matter means more than pure button-mashing finesse – the following games will meet you half way:

Columns / Columns III – Sega’s answer to Tetris; the multiplayer in part three is especially fun (but can anyone tell me why Columns II never got ported to the Genesis?)

The Lost Vikings – A great platform/strategy/puzzler hybrid from the guys who would eventually go on to make World of Warcraft.

Mega Bomberman – The version on the TurboGrafx-16 is much better, but nobody’s going to complain about getting Bomberman, no matter how watered down.

Pac-Mania – An isometric update of the classic arcade game that allows you to jump over ghosts.

Pepenga Pengo – A Japan only release that’s sort of a fusion of Bomberman and Skweek; very addictive (and adorable.)

Rainbow Islands Extra – Ride around on rainbows and turn ghosts and Centurion guards into pieces of pizza and ice cream cones; trust me, it’s WAY more enjoyable than it sounds.

Trampoline Terror – Walk around narrow, multicolored ledges, hit a whole bunch of switches and avoid getting killed by the million-billion enemies flying around everywhere; oh, and you can bounce off EVERYTHING.

What games would you include in a Genesis microconsole? Let us know in the comments below.

Love the reference to “footy” instead of soccer – not American, I take it! 🙂

Not sure if you are aware, but Sega is releasing an official mini-MegaDrive in Australia.
https://ebgames.com.au/loot-232547-Sega-Mega-Drive-Flashback-Classic-HD-Game-Console-Loot

Hmm, that version looks nice, but it’s also being made by the dreaded AtGames, who are responsible for the other Genesis-mini botch jobs. Hopefully this one will be better?

There are two possibilities for non-licensed wrestling games, one from Capcom and one from Sega themselves.

Why not include one?