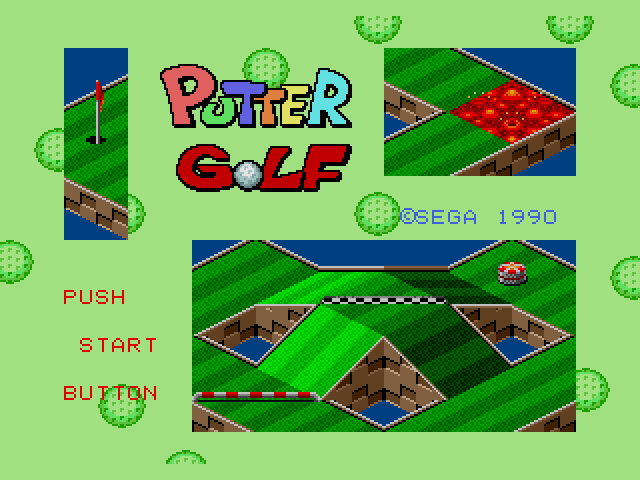 There are so few video games based on miniature golf that it’s safe to say most developers don’t view the childhood pastime as a source of inspiration. I suppose it’s for the best. Most mini-golf games are playable, but they never capture the feel of the “sport.” Putter Golf is no exception. All the mini-golf accoutrements are there – fake grass, bumpers, and, uh, lava pits – but the uninspired course design and unruly power meter prevent the game from being a pure mini-golf experience. 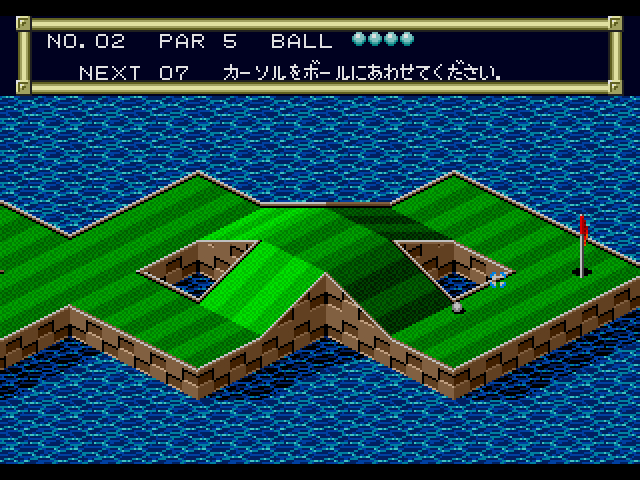 Each course begins the same way. A glowing square beckons you to set your ball on it, but before you do that, you need to see the entire course to know where the hole is. To find the hole, you move your cursor on a painfully slow journey across the screen, then drag it back to the course’s start (seriously, I don’t think any cursor in any game has ever moved as slow as this one does). Once you set the ball down on the square, a short line appears in front of the ball. You shift the ball/line in the direction you want it to go, tap ‘A,’ then a power meter appears. Choose the appropriate amount of power, then tap ‘A’ again and hope the ball moves in the intended direction. 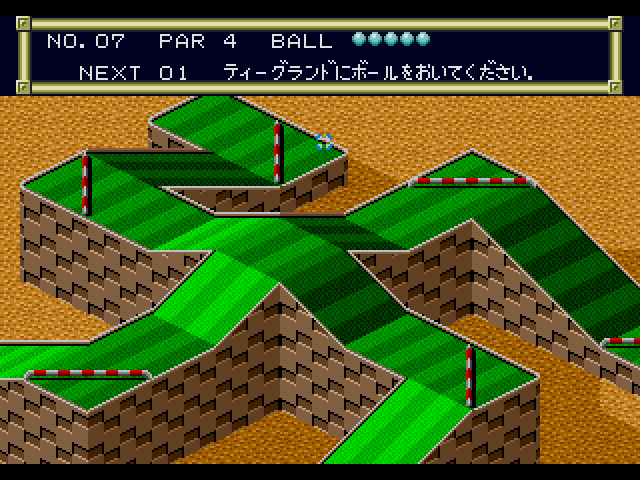 The Nazis are taking over our Family Fun Zones!

There are nineteen courses, each with their own challenges. The courses often contain varying terrain (Slippery ice! Sand waves! Lava pits!), the aforementioned bumpers, an occasional blockade, and raised hills that require just the right amount of power to climb. These sound like mini-golf courses, alright, but they’re so creatively sterile. I kept hoping for a castle or a papier-mâché gorilla or some other environmental obstacle to appear and give the courses more character, but they never did.

This is about as wild as it gets.

The courses are also desperately hard, thanks to a power meter that plays by its own rules. In theory, the more the meter lights up, the more powerful your shot. The less lights, the less power. You have zero control over the light fluctuation, though, which means you better tap ‘A’ at the right time or you could mess up an otherwise simple shot. 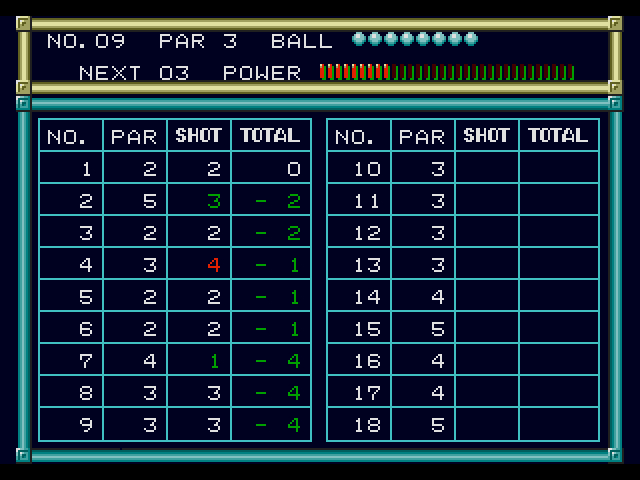 Look how long the power meter is! So much room for error.

Even if you think you have the right amount of power for your shot, the meter does what it wants anyway. To wit: I’ve seen the ball fly around the entire course when the power meter is half full. I’ve also seen the ball barely move a few feet when hit at just below half power. Even after playing through most of the game, it never got easier to discern how much power was needed for certain shots. If you want to  tap the ball into the hole or if you want to shoot the ball across the course, the meter works just fine. Lord help you if you want subtlety.

Any self-respecting mini-golf champion would retire after this excursion.

Thankfully, most of the world was spared Putter Golf. It was only released in Japan, and you could only play it if you had a Sega Game Toshokan cartridge and a Sega MegaNet subscription. My opinion: Sega knew Putter Golf wasn’t good, but rather than scrap the project, they made it available as a “free” download for their online service. Smart, resourceful, and who knows, maybe a couple people liked it. Not me, though. Too much adult frustration, not enough childhood nostalgia. 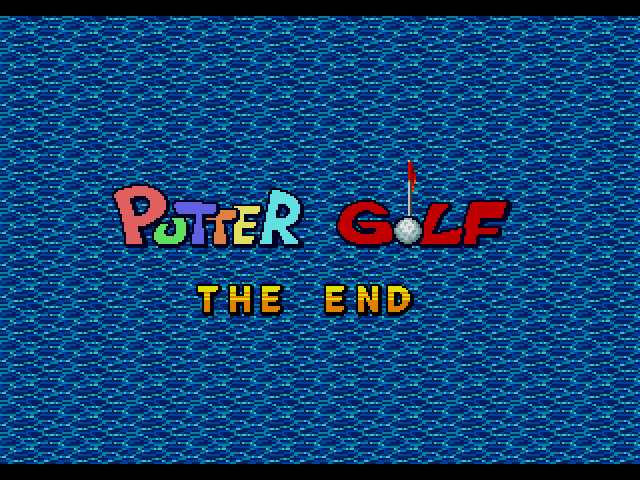 That was a sad story.

I’m surprised you didn’t mention this game’s relationship with Putt & Putter on the Master System and Game Gear, though reports do differ on whether they’re ports of this game or just happen to cover the same subject matter.

Yeah, I saw on Sega Retro that the two games may be linked/the same game. When I get to Putt & Putter, if they’re very similar, I’ll bring it up in that review.

It really shouldn’t be that hard.

I’ve actually seen copies of this burned to a cartridge for sale on Etsy as a “new” Genesis game. It doesn’t sound like it’s worth it.

Avoid at all costs.

Glad to see you back in full swing!!!

Hi Pieter! Thanks much!

I love the Master System game Putt & Putter. I had it back in the day and it’s a real party game these days for me and my friends. It’s definitely better with other people. It’s like Worms – part of the fun is watching each other mess up shots. The Game Gear version ain’t bad either so when I saw this on an emulator site a few years ago I really looked forward to it. Like you however I was disappointed. For some reason this didn’t capture the magic of the 8 bit games. A real shame.

Tony! Good to hear from you.

So is Putt & Putter a sort-of sequel to Putter Golf or are the two completely unrelated? Inquiring minds need to know!

You can hold down A while moving the cursor to move faster.